BIS is the National Standard Body of India established under the BIS Act 1986 for the harmonious development of the activities of standardisation, marking and quality certification of goods and for matters connected therewith or incidental thereto. In January 1947, the Indian Standards Institution (ISI), as the then national standards body of India, was registered as a Society under the Societies Registration Act, 1860. Its mandate was to prepare and promote standards for adoption by Indian industry. Later, its mandate was expanded to include Product Certification activity through the Indian Standards Institution (Certification Marks) Act, 1952.

In the mid 1980s it was felt necessary to confer a statutory status to ISI’s functioning which led to the enactment of the BIS Act 1986. ISI was renamed as the Bureau of Indian Standards (BIS), to promote harmonious development of standardization, and quality certification of goods, with a clearly defined statutory powers. The Act has now been revised as BIS Act, 2016 and establishes BIS as the National Standards Body.

The Product Certification Schemes of BIS aims at providing Third Party assurance of quality, safety and reliability of products to the customer. Presence of BIS certification mark, known as Standard Mark, on a product is an assurance of conformity to the specifications. The manufacturer is permitted to self certify the licenced products after ascertaining its conformity to the Standard. Through its surveillance operations, the Bureau maintains a close vigil on the quality of certified goods. 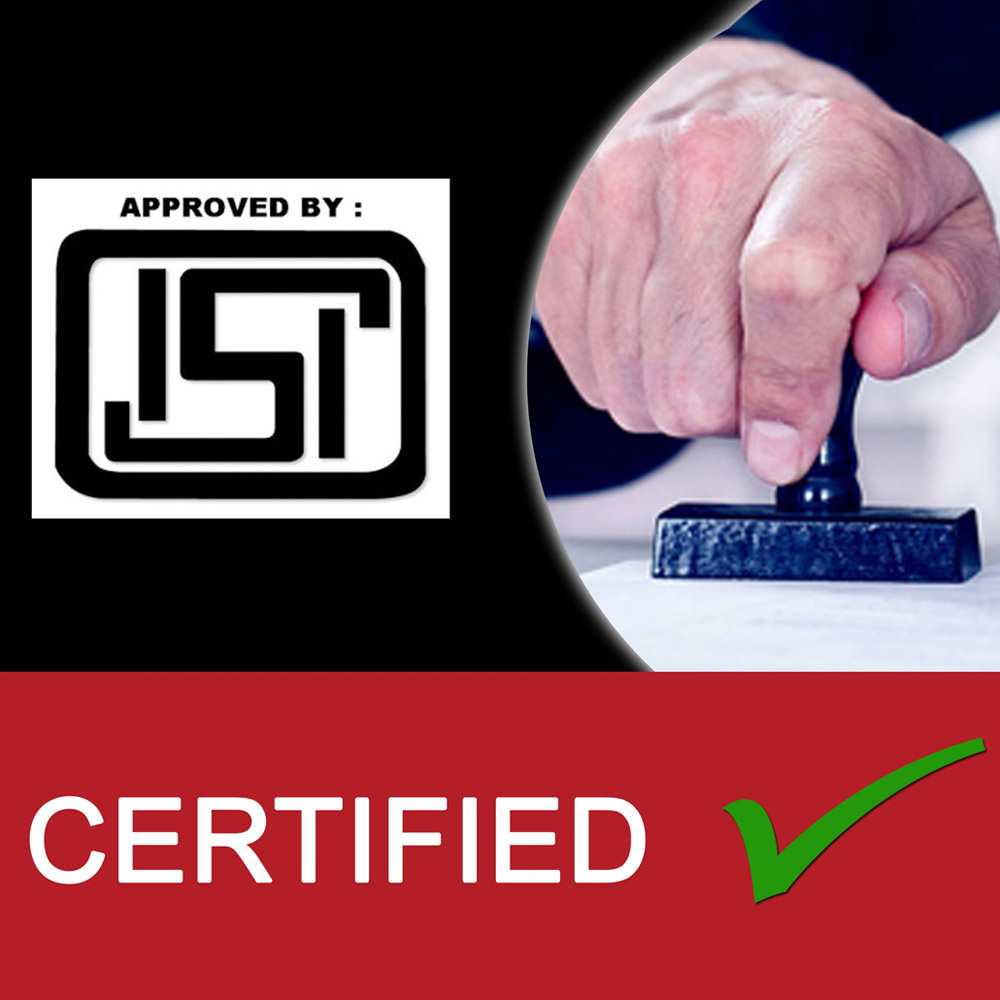 The conformity is ensured by regular surveillance of the licensee's performance by surprise inspections and testing of samples, drawn both from the market and factory. The manufacturer is permitted to self certify the licensed products after ascertaining its conformity to the Standard.

Through its surveillance operations, the Bureau maintains a close vigil on the quality of certified goods. The certification scheme operates through a network of 34 Branch Offices set up in State capitals or major industrial towns and 5 Regional Offices overseeing the work of the Branch offices.

Although, the scheme itself is voluntary in nature, the Government of India, on considerations of public health and safety, security, infrastructure requirements and mass consumption has enforced mandatory certification on various products through Orders issued from time to time under various Acts. While BIS continues to grant licences on application, the enforcement of compulsory certification is done by the notified authorities.

Muman Solution provide a one-stop service that covers all of your testing and certification needs. Our experts provide project management to ensure that your ISI tests reports and application work smoothly.